Why a pig?
What's the link between a container in the pig shape and saving money? There are two main explanations:
In Western society, in earlier times, a pig was the poor man’s moneybox. Bought on the market in spring one could feed a piglet with the household leftovers during the year and the grown pig would be ready for the butcher just before the winter (see picture). It not only provided food for the owner and family, but could provide also to pay the doctor’s bill or the grocery store. As a bank in fact. Metaphorically speaking that is also the life-cycle of a piggy bank, to 'harvest' one has to smash it.

Another explanation is that the piggy bank got its name from orange clay called “pygg”. In the Middle Ages people used to store items in wide necked jars which were made of this clay. The label “pygg jar” was used even long after this pygg clay was no longer used.  The jars were originally used to store flour and beans but also money was kept in these jars. They acquired the label “pygg banks”, later piggy banks. This explains that in English speaking countries every money box is in fact a piggy bank, without the association of the (shape of the) pig.

This theory does not explain the origin of pig piggy banks in not English speaking countries. The piggy banks of Trowulan, Java (Majapihit) have their own history of why they are in the shape of a pig and exist since the 14th century. And the so called German "Billeben" pig piggy bank should be from the 13th century. Another theory states that piggy banks originated in China during the Qing dynasty. Since pigs symbolized wealth and abundance in Chinese culture, people crafted pig-shaped vessels to store their coins. 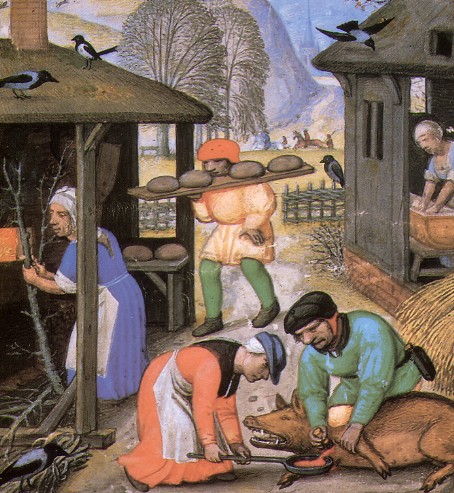