×
Go to content
Pig Piggy Banks
Published by GD in Provenance · 25 April 2020
Piggy bank made by Wemyss Ware
Jan Plichta was a Czech immigrant and wholesaler living and working in London. He never manufactured or decorated pottery but he bought largely unmarked Wemyss Ware in bulk from Bovey and had this stock marked either ‘Plichta,’ ‘Plichta, London, England’ or ‘Plichta, London, Made in England’ stamped under the glaze.
Bovey Pottery, Wemyss, Elton Pottery and Thomas Mayer are all pottery manufacturers from the period of 1930 to the late 1950's that made pottery for Jan Plichta. Jan Plichta disappears from the records in the mid 1950s. 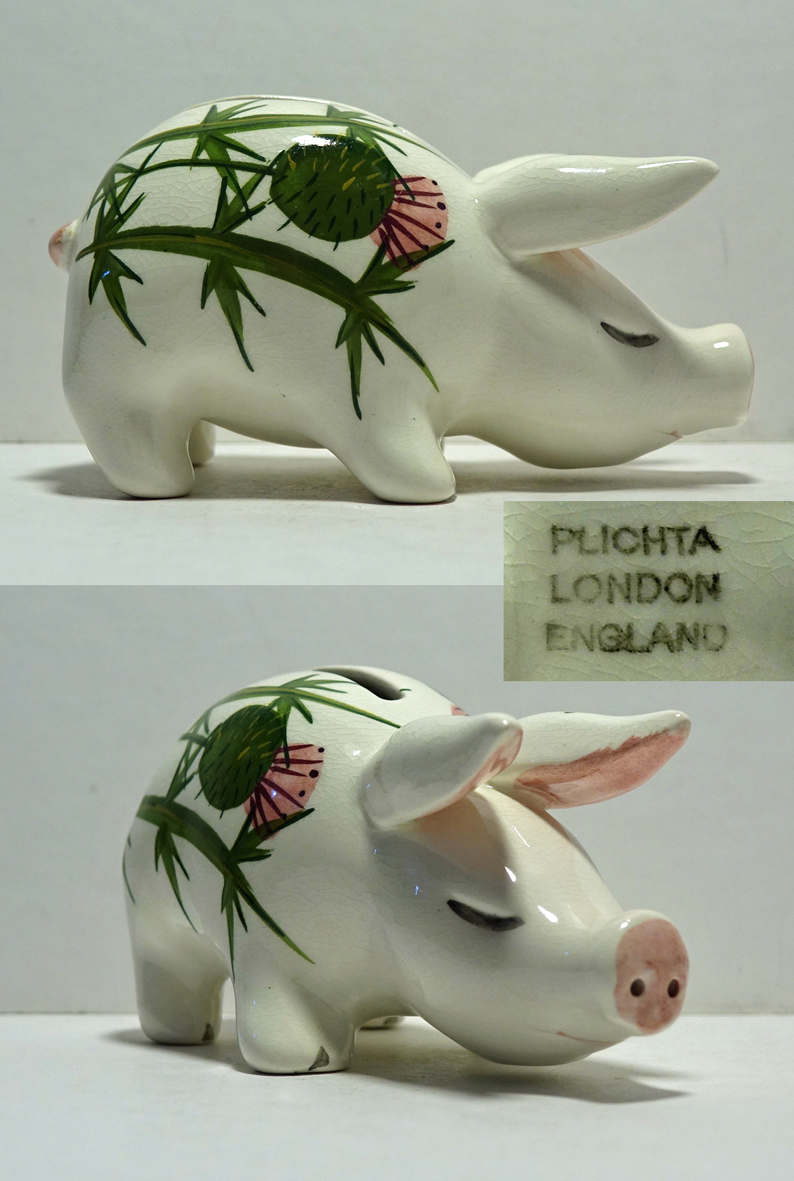