×
Go to content
Pig Piggy Banks
Published by GD in Additions · 29 March 2020
During a summer holiday David Sharp visited the charming little town of Rye, just over the Kent border in Sussex. He saw the Rye Pottery and his interest in ceramics was born. In 1947 he became Rye Pottery's first apprentice. The David Sharp Pottery started in 1964 producing studio pottery. During this time he started making animal figures and his famous wall plaques. Also Sharp's animals were well known and in 1974 he was commissioned by Bayer, the chemical company, to make a sheep for them to give to their farmer customers. This commission was repeated annually for some years with the type of animal changing each time. I am not sure if this commission included a pig piggy bank…… The slump in the property market in the early nineties caused a drop in sales of house plaques. David went back to making more individual studio pottery using a gas kiln that produced better glazes than the electric kilns. He produced some fine work during this period until his death in 1993. 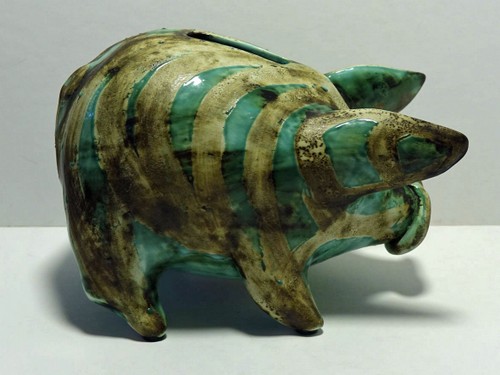 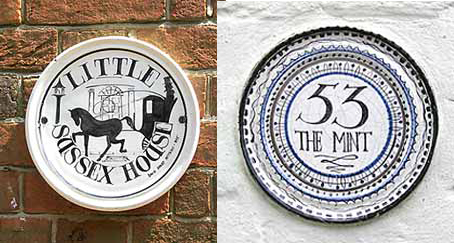