×
Go to content
Pig Piggy Banks
Published by GD in Origin · 10 November 2019
With the development of the railway system In the 19th century, and the introduction of bank holidays in 1871, tourism flourished. Everyone wanted to bring back a little memento of their day-trip, and in the 1880s William Henry Goss developed a new kind of porcelain for this growing tourist market - ivory-coloured ceramic miniatures, hand-painted with the crests of British towns and modelled on famous buildings, monuments and objects of local interest.
Fun, affordable and small enough to be carried home in the daintiest handbag. this crested china was an instant success and provided the perfect souvenir. You could only buy specific coat-of-arms in its town of origin, and when you showed off your model of Blackpool Tower, all the neighbours would know where you'd spent your holidays.
A host of other potteries jumped on the heraldic china bandwagon. producing tiny ceramics in every conceivable shape from seaside subject to comic characters, and new-fangled inventions such as the aeroplane and gramophone.
Collecting crested china became a national hobby, popular with everyone from ordinary working folk, enjoying their first paid holidays, to royalty. Princess Alexandra had a huge collection of miniature animals which, much to the irritation of her attendants, had to be carefully wrapped and taken with her on every journey.
The crested craze peaked in the Edwardian period when an estimated 90 percent of British homes had at least one pièce. By the 1920s, however, trade was on the decline, coming to an end with the Depression in the 1930$ when factories either shut down or switched production. Old-fashioned and unsaleable, crested china collections were shoved in the attic or simply dumped. It was not until the 1960’s, when Victoriana became fashionable, that this souvenir pottery was once again hotly collected.
Source: Miller’s collectibles price guide 2000-2001 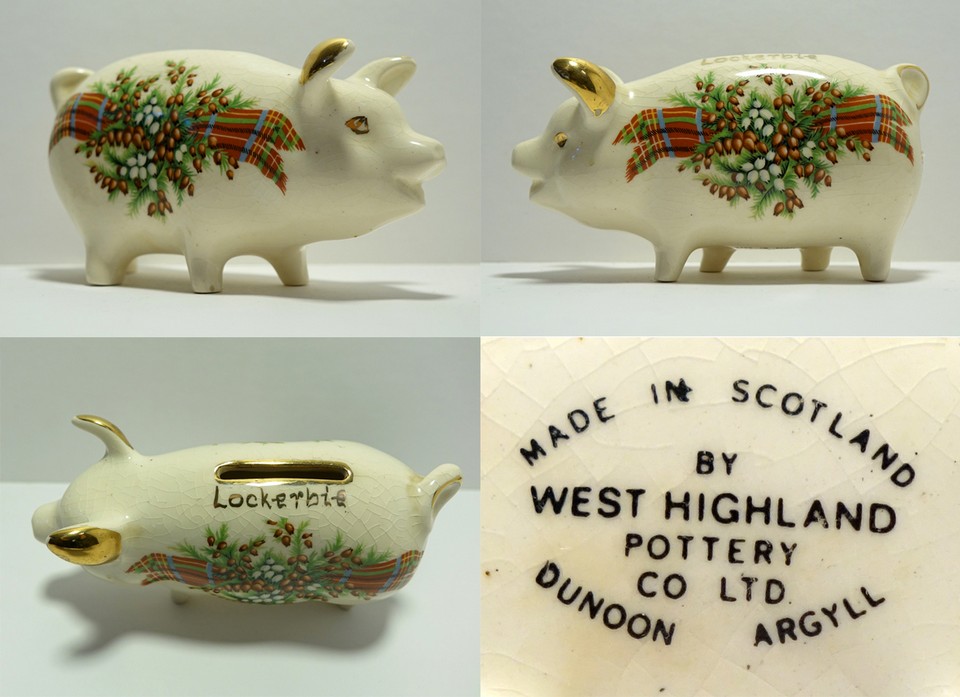